My dad was a geek.  It wasn't until recently that I realized all that he did for me in terms of technology skills, but since his passing in March, it's all starting to come back to me.  In the early 80s, he got me using a Commodore 64. Eventually, we were using an IBM compatible desktop 486 from Leading Edge, while my mother still swore by her 75lb IBM Selectric typewriter (both relevant and marketable skills, depending on the context).  He helped me understand floppy discs and how to install and run computer games.  But, by the time I got my first Nintendo, our technology interests seemed to part ways, as more and more products were designed to speak to my age-range specifically.  Meanwhile, my dad climbed the ranks of the science world from 9-5 and on numerous trips around the country/world. 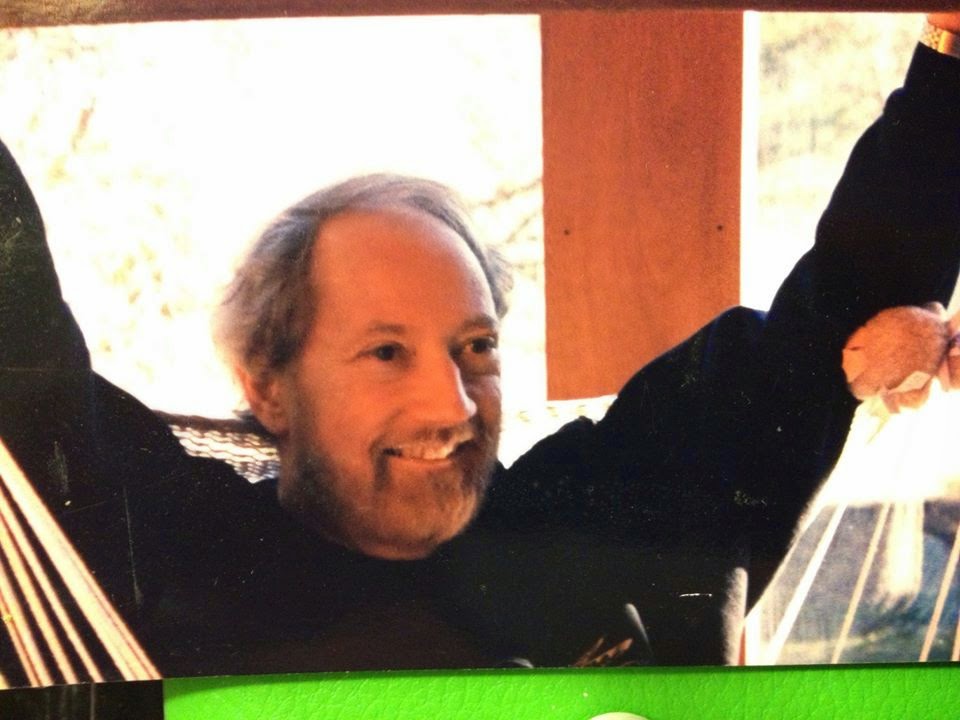 After my dad passed away in March, my mother and I went to work on his obituary.  The man was so accomplished in his professional life, we really tried to get a lot of it into one story that we hoped would be published by the Washington Post. You'll see in the story obituary below that my father had a lot more to offer than simply upgrading to the latest computer as they came out.  I didn't go into any of the STEM career fields, and he didn't pressure me at all.  It was my belief in social justice that really made him proud seeing his legacy continue.  I hope that my work in the field of adult education will build on his focus on innovation in the public interest with a keen emphasis on equity.

Thanks for everything, Dad.


Under his leadership as Head, Warfighter Performance Department at ONR, the department became known for delivering vital research-based technologies and resources to Marines and Sailors. Most notable for saving lives in Iraq is QuikClot, a  hemostatic agent that stops bleeding from extremities. Other successes include, Virtual-at-Sea Training for surface fire support that eliminates the proverbial “Bathtub Effect” in training; the SpeechGear language translator, also used in Iraq; the DYNET computer model of dynamic networks for the Joint Forces Command; and engineered enzymes for explosive production reducing toxic waste.

At Berkeley, he advanced to chair the Environmental & Marine Science Department of the Naval Biosciences Laboratory in the School of Public Health, where he managed a team of chemists and marine biologists investigating the fates and effects of chemicals in estuarine environments. His environmental consulting experience includes work for the U.S. Coast Guard, Association of Bay Area Governments, The Council on Economic Priorities, and the San Francisco Bay Marine Research Foundation.

In 1983, Dr. Guard joined the Chemistry Division, Office of Naval Research, where he established the first national program in molecular recognition.   He was instrumental in the development of basic and applied environmental research at ONR  in the early 1990's.

A passionate and dedicated supporter of minority academic institutions, Dr. Guard served as vice-chair of the Historically Black College and University Council at ONR and received their Headquarters and Command Awards for achievements in the field of equal employment opportunity. Chief of Naval Research Rear Admiral William C. Miller said in 1992 commendations of his work in this area, "Your efforts have significantly contributed to increasing the opportunities for minorities and women to receive a quality education in the science and engineering field. This achievement at a time when America is seeking effective education  methodologies is a credit to you, OCNR, and the Department of the Navy."

In 1995, Dr. Guard assumed management of the Department of the Navy's programs in Environmental Quality Applied Research and Environmental Requirements Advanced Technology. In this capacity, he supported development of non-toxic fouling release coatings for ship hulls and an underwater hull-cleaning robot for the current copper-containing hull coatings.

Dr. Guard was equally as proud of the Unitarian Universalist Church of Arlington's (UUCA) 'Volunteers of the Month' award bestowed upon him and his wife Terry Lang in 1999 for their pioneering work in anti-racism at UUCA, particularly a powerfully effective experiential workshop on Grieving Racism which culminated in a Sunday sermon on the topic by members of his
mythopoetic men's group at Rowe Camp & Conference Center in Massachusetts.  "Hal's understanding, commitment and encouragement around our becoming a more authentic multicultural community were valuable to me," says a current leader of the church's racial justice group. Also a member of the Labyrinth Committee, he was part of the group who helped to create the first labyrinth at UUCA in the mid 1990s.

Survivors include his wife and partner of 35 years Terry Lang, his sons David Guard, of Hayward, CA, and Jason Guard, of Richmond Virginia, his sister Evelyn Stallings of Carrboro, NC, five grandchildren, and several nieces and nephews.  Forever held in his heart was his daughter Michele who died far too young in a car accident during her first year of college at UC Santa Cruz.

In honor of how much joy he received from music throughout these years, we request anyone seeking to make a tax deductible donation do so to an organization doing creative and important work using music with Alzheimer's people. Their website makes it easy to do so with a little blue button on the left side of screen.

I talked with the director at length before coming to this choice and am so impressed as i know Hal would have been. If I felt better I would go into more detail about them, but you can learn a lot on their website which I hope you can take the time to visit. We need so much more of this kind of work and Hal and I always liked to get money to the organizations that have to fight so hard to keep going. Hal was a very "out of the box" thinker and this group seems to be the same.